Open Letter to the Moronisphere 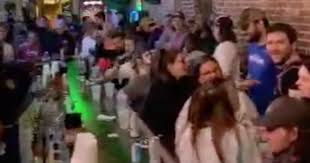 To all you morons out there running around willy nilly, putting yourselves and others at risk in the middle of a global pandemic and crying for getting things back to normal and re-opening the economy, Ain't Gonna Happen! Because you can't do it without us and we're not playin'.

For an economy to grow you need everyone participating to the extent of their abilities. There's a ton of us here, watching your antics, shaking our heads in disgust at your foolhardy selfishness and doing our best to keep ourselves and our circles safe, by limiting potential exposure to the virus and you idiots to extent possible and practical. We're not living in fear, we just refuse to be stupid and selfish.

And you know what? We're keeping our powder dry. We're not going out and spending our money at bars and restaurants or travel or vacations, etc. and we're not going to as long as you chuckleheads keep this nonsense going. Furthermore, the more you morons keep fueling the surge in cases, the more people will see the wisdom of our ways and folly of yours and join us in our prudence, further lowering participation in the economy and extending the downturn.

Here in the once great Republic of Wisconsin, we've become the nation's premier virus breeding zone thanks to you cretins and your so-called "leaders. The Badgered State is now ruled by a Gerrymandered Republicon Legislative Dictatorship that needn't and doesn't give two shits about the will of the people or even our very lives. The Gavel-In-Gavel-Out Authoritarians have taken zero action in the months of this pandemic to stem the tied of spread. They have stymied any prudent actions by the reasonable Governor  and the Department of Health Services to protect the people of the Badgered State, not by taking action themselves, which they could do, but by using their weaselly lawyers & Robed Judicial Hactivists on their Extreme Court. And these sniveling little cowards, afraid to be seen doing the right thing, have been encouraging you idiots to run out and save their economy, while they are in hiding!

But you don't have to keep playing stupid for this futile and deadly losing cause. This pandemic and the economic disaster it's ushered in with the help of the Trumpublicons will not end until there is a vaccine that is effective and administered widely enough to bring the spread under control. The economy will not recover until then and there is no reason for there to be tens of thousands of excess deaths in the meantime because of your antics. Because, like I said, you can't do it without us and we ain't playin'! 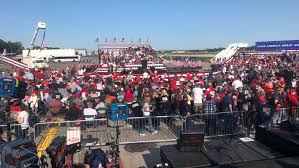 I agree....the countries that hunkered down and stuck to the guidelines aren't going thru what we are going thru....plenty of charts and information to verify it.