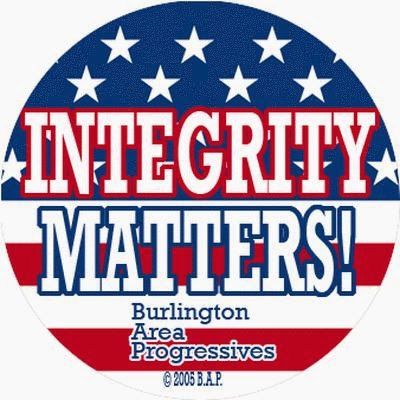 The price good men pay for indifference to public affairs is to be ruled by evil men. - Plato
Posted by Sean Cranley at 6:57 AM No comments:

As predictable as clock work, my "favorite" Climate Denial and Tea Swilling Troll, Nemo crawled out from his
bridge to offer his "Thoughts". Is it denial, dishonesty or pure stupidity? You decide.

Nemo said...
Holding back reality? Have you been outside this year? (sorry, I couldn't resist. We all know that weather does not equal climate unless it confirms the religion of Mann)

Nemo said...
And speaking of reality, did ya see that the APS (American Physical Society) is jumping ship on Mann made warming? No? Look here. But what would "a leading voice for physics and an authoritative source of physics information for the advancement of physics and the benefit of humanity" know about reality, eah? Heh.
3/20/14, 6:30 PM

Sean Cranley said...
Well Nemo, I didn't realize that eastern North America constituted the entire globe. Have you looked what the winter has been like in the American West? How about Alaska? Siberia?

Sean Cranley said...
So I did your homework for you, AGAIN. And look what I found, More Nemo-tistical Non-sense, AGAIN!

The APS is NOT jumping ship on anthropogenic climate change. They are in the routine process of reviewing their statement, which they do for ALL their statements every 5 years!

This is yet another example of why you are either STUPID or DISHONEST and such an incredible waste of time! IDIOT!

This is exactly the kind of bullshit I was referring to when I said: "This is the problem I have observed repeatedly with the anti-science folks. They cobble together and misinterpret a series of facts in a vain attempt to stick their finger in the dike holding back reality."

From The APS Website:
The American Physical Society formally reviews its statements every five years. In accordance with that process, the APS Panel on Public Affairs (POPA) formed a Subcommittee to review its Climate Change Statement. The members of the Subcommittee are: Steven Koonin (chair), Phillip Coyle, Scott Kemp, Tim Meyer, Robert Rosner and Susan Seestrom. The Charge to the Subcommittee was approved by POPA and the APS Executive Board and is included in the Supporting Documents links.
As part of the POPA-approved process, on January 8, 2014 the Subcommittee convened a workshop with six climate experts. The Subcommittee used that meeting to delve more deeply into aspects of the IPCC consensus view of the physical basis of climate science. In doing so, it hoped to illuminate for itself, for the APS membership, and for the broader public both the certainties and boundaries of current climate science understanding. The framing document, expert bios, and the complete transcript for the workshop are included in the Supporting Documents links.
The workshop was the first step in a deliberative process. As a membership organization of over 50,000 physicists, APS adheres to rigorous scientific standards in developing all its statements. If the Subcommittee recommends updating the existing APS Climate Change Statement, then, consistent with APS by-laws, all APS members will be given an opportunity to review the statement and provide input during a comment period.
3/21/14, 2:51 PM

The above letter to the editor published March 6, 2014 in the Burlington Standard Press is provided with commentary as follows:


In his climate change denial letter in last week’s edition, Aaron Reesman said “Anyone who has studied the geologic history of Wisconsin would tell you that if it wasn’t for climate change, we would be sitting on the bottom of an ancient inland sea.” Well I’m geologist so I guess that means me. And like the rest of his letter Mr. Reesman has misinterpreted the facts, leading to erroneous conclusions.

Yes Wisconsin was once under a warm shallow sea, but what altered that was hundreds of millions of years of plate tectonics, which lifted Wisconsin up and moved it north, thereby slowly changing the climate, not the other way around. This is the problem I have observed repeatedly with the anti-science folks. They cobble together and misinterpret a series of facts in a vain attempt to stick their finger in the dike holding back reality.
Read more »
Posted by Sean Cranley at 10:55 AM 15 comments:

And the Republicon Rape of Representative Democracy goes on. Once again we're witnessing the Radical Reactionaries in the Badgered State engaging in Blitz Gezets (Lightning Law), rushing through a swath of controversial, self-serving and politically motivated bills in the last days of the legislative session to limit public scrutiny and opportunity to react:

They have no shame.

Posted by Sean Cranley at 10:05 AM No comments:

Like it's sibling organ and GOPlutoctopus Tentacle, American Majority (see BAP Blog-Slitherin on A$troturf), the fascist American Legislative Exchange Council (fALEC) will now extend it's Rape of Representative Democracy by Inserting Itself into your local county, city, town, village and school board to Secretly Write and Vote on Laws on behalf of their Sponsors and our Corporate Overlords. These Republicon Traitors to Democracy have now flipped the meaning Local Control, it may be your locality and they want Control.

Let us kneel and solemnly trace the blessed sign of the dollar across our hearts in reverent submission to Gerrymandering, Voter Suppression & Secret Corporate Laws - The GOPster Holy Trinity of Hidden Agendas. Freedumb!
Yours in Fealty to our Rulers,Sean Cranley - CorpSerf ID# IMBNFD-OURBNFD-2

Posted by Sean Cranley at 6:29 AM No comments:

They're Baaaaaack - Slitherin on A$troturf

Some folks never cease to amaze. Last year, the We Vote Burlington Tea Party supported candidates for School board, Julie Koldeway and Norma Miller, not only refused to participate in a debate so the citizenry could hear their positions, when they also refused to be interviewed by the Standard Press, they were offered an opportunity to respond in writing to written questions, they again refused. One wonders who trained them both to use the tactic of obfuscation. Well this year We Vote has decided to sponsor a debate (March 11, 7pm – BHS auditorium) , wow, just wow.

When I first wrote about American Majority and the WeVoBees, I ended with "These are the national people that are behind the local people that are after your local schools and your money. And you can bet they'll be back!" Well . . .

After the last school board election I did a little research which raises some questions about the current We Vote supported candidates and those of the past two elections that the citizens of Burlington should be aware of. I found a big-money national group called American Majority that seeks to help Tea Party candidates take control of your local school board and its budget as documented here: http://americanmajority.org/majority-2/its-time-for-new-leaders-in-our-education-system/

This is an excerpt from the American Majority Website about the 2012 board election: “One of the groups that joined the New Leaders Project is We Vote Burlington. Activists in a local group led by Bonnie Ketterhagen attended an American Majority training and decided to bring some change to their own school board. They recruited two new candidates for the school board elections, trained them using American Majority’s campaign resources, and helped them to victory in the spring of 2012.”  END They are referring of course to Phil Ketterhagen and Roger Koldeway.


Join the Conversation on the BAP Yahoo Group & Facebook