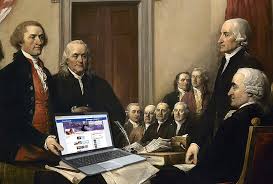 If you're like me, you consider yourself to be a Patriot. If you're not like me you might still consider yourself to be a Patriot, but maybe you're not. Maybe you're just a Nationalist.
A patriot is like a good parent. Good parents love their children unconditionally, but they have no illusions that their children are perfect. They have no problem with disciplining their children or having others to appropriately call their children to account when they've done wrong. Because good parents want their children to be the best people they can be.
A nationalist is like a bad parent. Bad parents love their children unconditionally. And they may have no illusions that their children are perfect or have a problem with disciplining them. But they go ape shit if anyone calls their children to account when they've done wrong. Because "What? Not my Child!" Unevolved and Totally Tribal!
I saw this when I had to take one of my kids to the police station over a stupid prank for which, thankfully, they were caught. The officer laid out the charges and then asked if he had the right party, to which we both answered "yes". The officer was clearly surprised at this. I thought that was a shame and very revealing.
Nationalism is Racism's just as dangerous, but surficially less revolting cousin. Subjects dared not criticize Nazi Germany. Subjects dare not criticize China or Russia or North Korea! But Citizens of America should never feel subjugated! Oh, and by the way, there are many patriots who suffered for our freedom. But only a fool would die for an F’ing Flag.
So Colin Kaepernick, in a way that hurts no one (even Packer fans), calls out America for its racist wrongs. Wrongs that it has made great progress on and should be proud of, but on which it OBVIOUSLY still has a long way to go. Like good parents, Patriots understand / tolerate that. Like bad parents, Nationalists go ape shit on the interwebs!


Be a patriot, don't go FaceFook Apie!
Posted by Sean Cranley at 8:35 AM No comments:

To the Trumpladyte Go the Spoils? 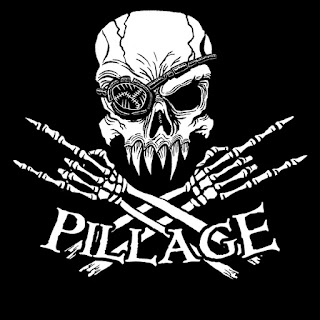 When the allies won WWII and the United States emerged ascendant, did we conquer and dominate the lands we held like the Soviet Empire did? Did we plunder treasure from the lands previously held by the fascists and the Japanese imperialists that were now under our control?

That is EXACTLY what was expected, because that was what has been done throughout the human history of warfare, first you Rape and then you Pillage. The Tom Hanks movie Monuments Men provides a historical account of this. As we were trying to save Europe's art treasures that were plundered by the Nazis, many Europeans at first refused to collaborate because they assumed we would do what the Germans and everyone before them did, pillage and take the treasure back to the U.S. But we didn't!

If there is any legitimate claim to American Exceptionalism this is it! Instead of claiming the spoils of war as the spoiled little Trumpster has exhorted, America instituted the Marshall Plan by which we helped rebuild countries devastated by the war including the aggressors West Germany, Italy and Japan. UNPRECIDENTED!

Of course the Trumpladyte is vacuous when it comes the details on any of his so called "plans", so we'll never know just how he thinks we would have taken Iraq's oil or how much more American blood and treasure would have been required for adding this theft on to the Debacle in Iraqle (a war the donald was for before he was against). But it would have been Huuuuuuge as we would not just be fighting ISIS, but all Iraqi's and people from across the middle east for gross imperialist pillagry.

This is only one small sample of why this man, with the emotional maturity of a fourth grader, who has pillaged the wealth of other American's to build his gambling den empire it totally unfit to be America's president. If we elect this scam artist, we will not only be justly feared and a global laughing stock, we will lose all legitimacy to lead the world forward as we have for decades. With a would be dictator in charge, who loves Vladimer Putin and his "leadership", America would be unexceptional. Just another plundering power in a long line of pathetic plutocracies. In nominating the Trumpster the Republicon Party has proven thay it's finally gone over the edge and lost its mind. Let's prove that America as a whole has not lost hers as well.
Posted by Sean Cranley at 5:27 AM No comments:

I woke up last night and couldn't get back to sleep, so I did what I always do, read a book. Currently, I'm reading Poland, a historical novel by James Michener and I came upon an unexpected, but very interesting passage (pp 219-20), as follows:

Very rich people-in all nations-can be divided into two catagories; those with brains and those without. Those with brains make a great effort to hold on to every penny they have while preaching to the general population that freedom and dignity and patriotism are possible only under their protection; in this way they elicit the support of the very people they hold in subjection. the magnates of Poland used this tactic brilliantly, preaching loudly; "The most insignificant member of the gentry with one horse and sword is the equal of the most powerful magnate in his castle," while at the same time depriving landless gentry of almost all rights and treating them with contempt. The peasant was kept happy by being assured that it was the magnate who defended Christianinty. The townsman, who was allowed no rights whatsoever, was reminded: "It is the magnate who protects your freedom and your shop." And all were told repeatedly: "If the magnate is left free to accumulate his great wealth, you can be sure that some of it will sift down to you. 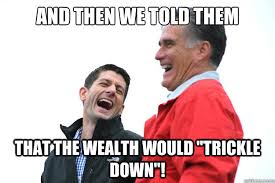 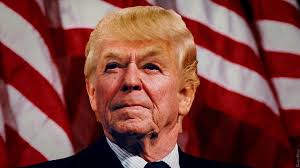 They're the "Suckers" and so are we!


Posted by Sean Cranley at 6:36 AM No comments: