Republicons Have Sold Out Our Republic 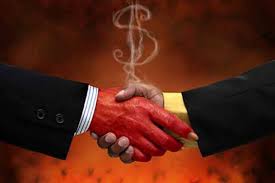 It’s said that suburbs are named after what they destroy. Today’s Republican Party is rushing toward holding that “distinction” too. This degeneration is no longer about political opinions or ideologies, it’s about values.  The GOP has lost its mind, sold its soul and exposed its depraved values. Their actions and inactions demonstrate that they value only one thing, money/power, flip sides of the same coin and they have thwarted representative democracy, our very Republic, in their morbid quest.

Here in the Badgered State we have laws, written and voted on in secret by far away corporations, and imposed on you by Vos and Fitzgerald without attribution. They’ve passed numerous laws taking away local control. Gross gerrymandering makes majority vote rule meaningless, the Republicans still control the legislature. They suppress voters, betraying the very foundation of our Republic. And they got the judicial hacktivist stacked extreme court to place the economy above our pandemic threatened lives, ruling absurdly that our constitution prohibits our government from protecting its citizens, its first and foremost function. That’s what kangaroos do. They even lame-duck limited the power of our governor when they objected to the choice We the People made.

At the federal level, the GOP has backed every un-American, authoritarian play of a cult figure who embodies the seven deadly sins and exhibits zero counter-balancing virtuous values. Their tax cut for the rich proved they don’t care about debt or deficits. Law & order? Please, he’s surrounded himself with felons, corrupticons and pedophiles and if you’re the president’s pal your pardoned.

The final evidence of this party’s degeneration to golden calf idolatry is their insistence on sacrificing our children on the altar of their moneygod. It’s not about education, it’s about daycare and pandemic prone parents being pressed back into service for fun, profit and Trump’s re-election, the prospect of which represents the final republican nail in the coffin of our republic. I never believed they were really pro-life, but this is proof positive and it begs the question, “Republicans, have you no decency!”

Posted by Sean Cranley at 6:37 AM No comments: 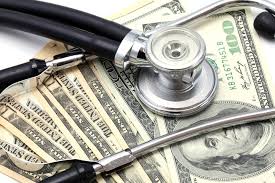 America has the most unaffordable healthcare in the world. It is the #1 reason for bankruptcy in America, affecting over 500,000 families per year.

In the middle of this pandemic Americans are losing their jobs and therefore, their healthcare and getting sick on top of that atrocity. That isn't happening in Non-Shithole Countries. Here in the Badgered State, our so called representatives refused to take the medicaid expansion, costing the state millions and denying Wisconsinites healthcare. So much for "fiscal conservatism" and "pro-life". That didn't happen in Non-Shithole States.

Meanwhile, the Trumpladyte is trying to kill Obamacare, a move that would kick another 20 million American off their healthcare in the middle of a pandemic. USDA Grade A Choice @$$oul.

Decent countries care about their people and provide affordable healthcare to All. You want me to honor the flag? Be THAT Country!
Posted by Sean Cranley at 6:26 AM No comments: 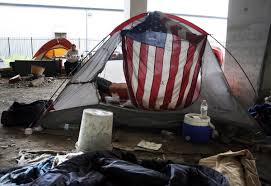 We were in a housing crisis Before the Pandemic. 11% of black renters are evicted every year in America, where on average there are 3.6 million eviction cases per year. Now we face the worst economy since the great depression and the moratorium on evictions is about to expire with no meaningful help in sight.

Many millions will soon face evictions in the midst of a sky rocketing pandemic. With not being able pay their existing rent and saddled with an eviction record, the prospect of finding new housing is dim at best for many of these people. Homelessness will surge and you can't social distance in a shelter, which will help the virus to surge, adding to our collective misery.
A decent country would value it's citizen's life, liberty and pursuit of happiness enough to actually fight a pandemic as well as recognize and work towards Everyone's right to decent, affordable and non-segregated shelter from the storm. You want me to Honor the Flag? BE THAT COUNTRY!
Posted by Sean Cranley at 6:48 AM No comments: