The Badgered State Blues (Not From Here anymore)
This is what happens when your misperceptions are swept away and you suddenly discover that the fellow citizens of your beloved Badger State are either half "Rascals" or don't know one from a hole in the ground.
Composed & Performed by Sean Cranley
CorpSerf ID: IMNFD1-OURFD2
Posted by Sean Cranley at 6:49 AM 2 comments: 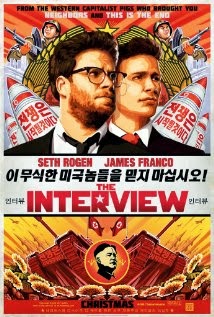 I say this not in deference to North Korea or the current dictator of their brutal regime Kim Jong-Un, but I hope that Sony Pictures takes an absolute bath on this movie. I will not be seeing The Interview.

I'm aghast! With all the discussions of this movie amongst the pathetic punditry that I seen and heard, there's not been one single talking head that has brought up what should be a central point to this controversy. That being, that it is TOTALLY inappropriate to make a film about killing a real, non-fictional, living human being.

Just imagine the reaction if someone made a movie about killing one of our leaders! President Obama, Jimmy Carter, George H.W. Bush, even the war criminal GWB . . . The Dick Cheney.

They could have used a stand-in character that everyone would have known was a representation of The Dear Bleeder or someone like him, but making it about him literally, crosses the line. This is not about freedom of speech. I'm not making the argument that those involved in making this picture don't have the right to do so. It's just that they are wrong to do so. Disgustingly wrong. And it certainly isn't going to make the world a better and safer place to live. Bad move dudes!
Posted by Sean Cranley at 10:57 AM No comments: