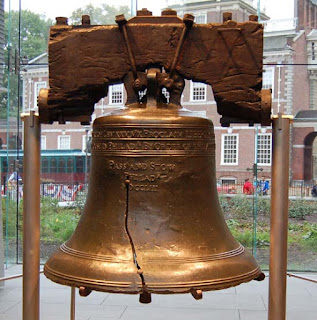 The unanimous Declaration of the thinking people of the Badgered State:
When in the Course of human events it becomes necessary for one people to dissolve the political bands which have connected them with another and to assume among the powers of the earth, the separate and equal station to which the Laws of Nature and of Nature's God entitle them, a decent respect to the opinions of mankind requires that they should declare the causes which impel them to the separation.

We hold these truths to be self-evident that the once great state of Wisconsin is populated by ignorant rubes who support ill-willed @$$ouls!

The history of the present Gubnah of the Badgered State, Wrong Way Walker is a history of repeated injuries and usurpations, all having in direct object the establishment of an absolute Tyranny over this $tate by monied intersts. To prove this, let Facts be submitted to a candid world.

He has refused his Assent to Laws, the most wholesome and necessary for the public good and instead  implemented these 100 atrocities!

Posted by Sean Cranley at 5:58 AM No comments:


Wrong Way Walker has shown that he CANNOT MANAGE ANYTHING!

From his Secret Server Staff as Milw Co Exec, to the Corrections Dept and beyond and especially the Wisconsin Economic Development Corporation (WEDC) the guy is completely incompetent. And THAT is a compliment, because it assumes he's not just utterly corrupt.

The guy is a great career politician and an very affective cog for his ideological masters, but it's clear that he lacks the managerial skills to run a popsicle stand.
Posted by Sean Cranley at 8:07 AM No comments: 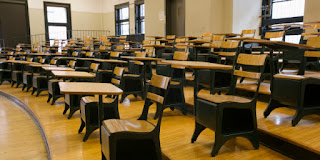 Starving the Beast, the Battle to Disrupt and Reform America's Public Universities
A forthcoming documentary.

What more evidence does one need that so called "conservatives" are tearing down the democratic institutions that our forebearers lovingly built for us Americans?

Money god Worshippers of the "all knowing' free-market are assaulting the walls of the temples of knowledge that led to America's ascendancy in the 20th century, in an attempt to sweep away knowledge and bend all will to the service of their idols, power and the almighty dollar.

Wrong Way Walker's assualt on our universities and the Wisconsin Idea wasn't his notion. It rose from his Koch Ho toolishness, reigned down on him from on high by his ideological masters, like dollars from heaven, by those who would starve us all of thought and "bless" us with their "truths".

Yours Truly,
CorpSerf#: IMNFD1-ONURFD2
FREEDUMB!
Posted by Sean Cranley at 5:57 AM No comments:

No No, the Koch Ho has no Mojo

After Tuesday's spring election Wrong Way Walker went on GOPropaganda radio WTMJ, claimed to have his mojo back, compared himself to Packers QBs Rodgers and Favre, and said Trump's comments about the Badgered State were like coming into Lambeau and taking a whack at the legendary QBs. WWWRONG! Tons of Wisconsinites would give their left arm to take a whack at WWWalker!

WWWalker has a lot nerve to falsely compare himself to the Packers or anyone on the ther People's Team. The Packers are the one thing left that still unites the Badgered State after the errant reign of the Great Divider. Remember, it was the day after the Pack won the Superbowl that Scooter told his minions that he was going to "drop the bomb" on us all. Act 10 followed shortly, rudely ended the celebration and gashed a giant schism through our collectively cheesy soul.

Furthermore, the Packers are successful and their quarterbacks are strong leaders, men of goodwill and well loved by all for perennially being at the top of their league. Whereas WWWalker is only liked by the enraptured Republicon base. He's not a leader but an ill-willed scapegoating divider and his rule has left the dairyland sucking hind teat by most measures when it comes to midwestern states and the nation as a whole.

I was actually in an elevator with the Gubnah at Lambeau Field last fall. He was headed to his corporatist sponsored sky box, we to our seats with the people, where he dares not tread! A Packer's safe to do a Lambeau Leap, but Scotty would get torn to shreds.

And finally the People's Team, owned by the folks (not a plutocrat's squad) are a Triumph of Socialistic Capitalism, while WWWalker's Wiscossippi is model failure of corporate rule in our fading republic.

Gubnah Walker, I'm not from here anymore, but I still love the Pack. You on the other hand, can just DROP DEAD! @$$oul.

Yours Truly,
CorpSerf ID: IMNFD1-ONURFD2
Posted by Sean Cranley at 3:56 PM No comments: 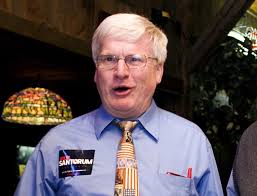 CONgressman Glenn Grothman better be careful in truth-telling about the Hidden Republicon Agenda (they ALWAYS have a hidden agenda!) or he'll get "Trumped" by the GOPster Establishment. Glenn, didn't you get the memo that the ugly planks of GOPlatform, like race-based voter supression must be covered by a thin vaneer at all times?!

When asked if either Trump or Cruz could win in November Grothman (R-Badgeredland) replied; "I think Hillary Clinton is about the weakest candidate the Democrats have ever put up. And now we have photo ID, and I think photo ID is going to make a little bit of a difference as well,"

I'm sure Grothman and the GOPsters are busy walking this back with the claim that he meant that reducing voter fraud (which of course we're to assume that only democrats and specifically brown democrats commit) will help the good (white) voters of the GOP. But voter fraud is Virtually Non-Existent, therefore ONLY suppression of the Right of Democrats to vote in America can possibly provide a margin large enough to tip an election to the Republicon TRAITORS to the Republic.

Where's the proof you say? And just how feverishly foolhardy does one need to be to swallow this Wild CONspiracy Theory? Well Mr. owl, let's find out!

If you believe that:

1) You're important and special enough that it might be your personal vote, out of millions, that might be cancelled, and that justifies putting road blocks in front of tens of thousands of your fellow citizens right to cast their vote, you might be FEVRish!

24) Would be imaginary fraudsters never try to vote using an address that doesn't exist and thus get caught, you might be
25) Interfering with the right of citizens to legitimately cast their vote isn't just down right Un-American, UN-Patriotic, TRAIRTOUS, you're a complete moron!


Posted by Sean Cranley at 8:24 AM No comments:

The conversion to the Wisconsin Extreme Manufacturer's & Commerce Court (WEMCC) is now nearly complete. I've now lost all confidence in the rationality, independent thinking ability and goodwill of voters in the Badgered state. With the election of the unqualified, injudicious, insincere, in-the pocket and down-right nasty person, Becky Bradley to what was once one of the most respected state supreme courts in the country, it has now become nothing but a political hacktivist joke and wholly owned subsidiary of the state chamber of commerce. It's bad enough that we've got Prosser the Strangler and the ethically bereft Gableman & Zeigler and the political usurper Roggensach, now we've got Wrong Way Walker's hand puppet on the bench and he's in up to his elbow. Honestly, I think the two remaining reasonable, unpurchased Justices should just resign and remove any inkling of the presumption that blind, impartial and non-political decisions will be forthcoming from WMC's priestly-robed shills! We are witnessing the rapid and rabid destruction of the institutions of our democracy that our forebearers handed down to us in what was once proudly one of the best states in the whole country, but is now sucking hind tit. Me? I may have to live in this shitty state. But I'm not from here anymore.
Posted by Sean Cranley at 7:08 AM No comments:

If you want to be Ruled by a Dominionist Theocrat who means to control the seven mountains of society (Religion, Family, Eduction, Government, Media, Arts & Entertainment, Business) and anoint Christian “kings” to preside over an “end-time transfer of wealth” from the wicked to the righteous.

Trumpenstein is truculent and boomingly scary. Cruz is calm and quietly just as scary, if not more. and honestly the best thing that can be said about Kasich is that he's not crazy like the other two and he's slightly less awful and divisive than Wrong Way Walker, Gubnah of the Badgered State (former republic of Wisconsin.

According to the dominionists Bushyboy was believed to be the first of the Regents who would rule America until the Christ's return. As a country we still have not recovered physically, emotionally or economically from his fiasco at the ship of state's tiller. Well, their baaaaaaaaack.

Honestly, is there any more clear and present danger to our life, liberty and pursuit of happiness than today's off the rails Republicon Party!?

Not familiar with the dominionist movement? There's much lovers of liberty know. Read more and start learning here!

Posted by Sean Cranley at 9:21 AM No comments: