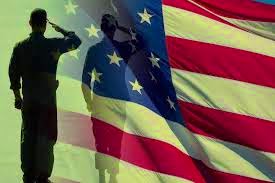 If you are an American Veteran with an ID card issued by the United States Bureau of Veterans Affairs you cannot use that ID to vote in Texas next week under the voter suppression law enacted by the GOPsters and allowed to take effect by the inconsistent nuts on the U.S. Extreme Court who blocked The Badgered State voter suppression law that DOES allow use of such an ID. Crazy!

Republicons are Traitors, enough said.
Posted by Sean Cranley at 6:18 AM No comments: 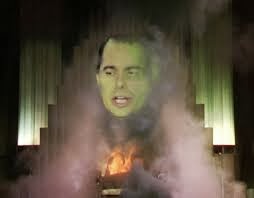 I'm not one to pat myself on the back, but tooting my own horn? I'm good with that! Back in January I wrote about Walker's Surplus Smoke'n Mirrors, how Walker was falsely taking credit for a project surplus, how it one-time-money and that the fiscally prudent course would be to use it to eliminate the $500 million structural deficit that existed at the time instead of increasing it with more tax cuts for his rich constituents.

And now here in October where does the Badgered State find itself? At least $1.8 BILLION in the RED!

Am I genius? Prescient? No, predicting that Walker's slash and burn tactics would blow up was about as easy as seeing that his austerity policies during a recession would lead to a jobs failure or that hiring crooks and felons might get you investigated!