Seriously, could they be more worthless!!!

Maybe they've got the stockholm syndrome.
Posted by Sean Cranley at 6:39 AM No comments:

Quickly worshippers, to the Temples of Consumption!
I'll be right here if anybody needs me.
https://www.youtube.com/watch?v=wm7KdpwS2JM

Posted by Sean Cranley at 7:22 AM No comments:

Last night Nate Hamilton was arrested for disturbing the peace when he refused to stop using a megaphone in the public square. Nate is the brother of Dontre Hamilton who was shot to death by a Milwaukee policeman last year for sleeping on a park bench. Nate and the Coalition for Justice were protesting at the Christmas tree lighting in Red Arrow Park where his brother was gunned down.

You see if you use a megaphone in a public square and drown out the voices of the other people who are rightfully there participating in a public event, you get arrested for disorderly conduct. The very same standard should apply to America's Billionaire's. We all have the right to speak, but Money is their Megaphone. And they are drowning out the voices of the rest of America in our public square while we're rightfully participating in the Most Sacred Public Event of All, OUR ELECTIONS!

It gets even worse, because while we are allowed to know that it was Nate Hamilton using his megaphone for civil disobedience, the same standard does not apply to our Billionaire Rulers. These Traitors are buying our right to democratic representation out from under us and they're doing it ANONYMOUSLY!

The first Amendment guarantees the right to free speech, but it says nothing about Megaphones or Anonymity. The masked Donors Deluging OUR Representatives are our Jihadi Johns and Our Republic is Bound and on it's Knees! 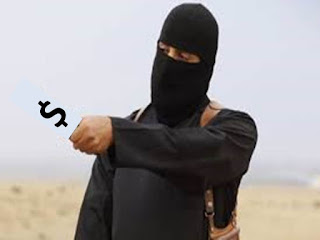 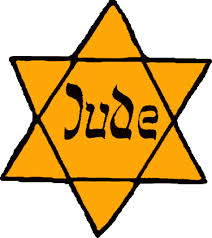 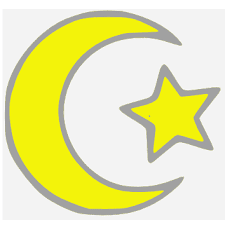 To be fair, Chris Christie, Rand Paul and Marco Rubio were open to taking in the Refugees fleeing death & enslavement and Lindsey Graham said We Should Take Our Fair Share or We Should Tear Down the Statue of Liberty Good on you Lindsey!

In wake of 911 the Republicons rushed headlong to do exactly what Bin Laden wanted done to usher in the new caliphate, invade the middle-east. As a direct result we now have that newly declared caliphate, ISIS, whose apocalytic vision includes a final battle in Syria with "Rome", the forces of the west. And yet many of the Republicons are calling for a repeat of American boots on the ground, those of other American's sons and daughters, not theirs, but American boots none the less. Doesn't the phrase "know your enemy" not ring any bells in their belfries!?

And now once again, in the false hope of insulation from the world the Chickenhawk GOPster Dupes are fulfilling ISIS's dream of creating religious hatred and division to drive muslims from the arms of the world community in general and the west in particular and into the grasp of the Doom-Worshipping Demagogues.

I guess we should  always expect small-minded, short-sighted, fear-mongering bigots to do the wrong thing when the chips are down. Once again, Way to Go @$$ouls!
Posted by Sean Cranley at 5:34 AM No comments:

Because What's a Hero? 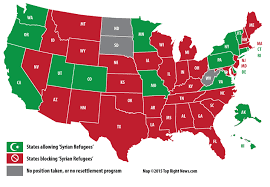 Ever since 9/11 our nation has been obsessed with the term "Hero". There were real examples that day, the best example being New York's police and firefighters who risked and lost their lives to save others. But over time since then it's increasingly gotten to the point of absurdity, where people say things like their parents are their heros because they did what parents do, go to work and raise a family. Please, if that type of thing is the standard, the world has been over-run with "heros" since the dawn of hominids to the point of it being a meaningless term.

One good definition though is a person who accepts risk for themselves to do the right thing for others. Above is a map of shame, states whose "leaders" have gotten red faces when confronted with the prospect of doing the right thing for others who are literally fleeing for their lives! These red faced little people are either chickenshits, fear-mongering @$$ouls, bigots or all three.

So which America will we be? A nation of cowardly, insular @$$ouls, a potrait which ISIS will spread around the globe to great effect through their social media propaganda campaign "Murica don't want no Muslims"? Or will we be the Heroic America that does right thing because we understand that doing the right thing seldom comes without some risk and that doing the wrong thing seldom comes without it's own just "reward"?
Posted by Sean Cranley at 2:32 PM 5 comments: 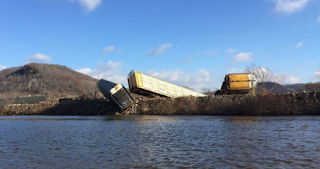 A year ago last week Wisconsinites tripled down on one of the worst bets made in our history and now it is literally affecting our Public Health, Safety and our Environment. This weekend two train derailments occured in the Badgered State. 13 oil tanker cars carrying the dangerously volatile Bakken Crude that has caused deaths in accidents elswhere derailed in Watertown and spilled 1,000 gallons of oil causing the evacuation of 35 residences. In Alma, more than 2 dozen cars derailed spilling 20,000 gallons of ethanol into the Mississippi River. Booms have reportedly been deployed to contain the ethanol. However ethanol, unlike oil which floats, is water soluable and doesn't float so the skimming booms are essentially useless, color it escaped.

Both of these derailments have indefinitely delayed Amtrak passenger trains (and presumably freight traffic) and that is where the culpability of our infamous Gubnah is obvious. Wrong Way Walker, in complete ideological blindness, turned down federal funding for passenger rail between Milwaukee and Madison costing our state both money and jobs. Another WWWalker Epic Jobs FAIL! That federal funding would have fixed the rails that pass through Watertown to accomodate 110 MPH high speed passenger service. Currently there are long stretches of these rails so badly degraded that speeds are limited to 35 miles an hour for safety. It didn't WORK WALKER!

Those rails are also used by freight trains that move commerce through Wisconsin and between the rail hubs of Chicago and the Twin Cities so the funds for passenger rail would have fixed the rails used by these oil tankers AND improve our economy and infrastructure, but no. Way to go WWWalker! The rails where the train in Alma derailed and spilled were slated to be part of a second phase of upgrades for passenger rail between Chicago and Minneapolis. But WWWalker's Myopic Job-Killing Actions Derailed that Project Too!

I suppose the people of our Badgered Land could be excused for electing WWWalker once, after all, he hid his Scapegoating, Bomb Dropping Divide & Conquer intentions from voters in 2010. I suppose they can even be forgiven for falling for his Billionaire Backed Barrage of Garbage a second time. But the election for a third time of the Most Divisive Figure in Wisconsin Politics since Joseph McCarthy is unforgiveable as too many in America's Dairyland are Utterly incapable of telling a "Rascal" from a Hole-the-Ground. In SO Many Ways The Results Are In, Wisconsin is literally coming OFF-THE-RAILS! 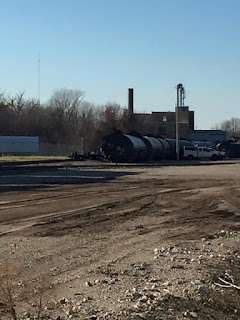