Wrong Way Walker's Morally Bankrupt Budget puts insurance Profiteers before the Badgered State's seniors and disabled citizens and this is the best and most concise discussion I've seen yet of this ONE budget issue out MANY! This man has no conscience and no shame.

EXCERPT: The Redesign Committee worked for several years, formed subcommittees focused on certain issues, and held many stakeholder meetings. Family Care was born as a result. It was in Governor Thompson’s 1999-2001 budget proposal, the product of several years of study and the development of consensus among stakeholders.

But when you are Scott Walker, who needs consensus?

Walker’s redesign proposal would eliminate some important aspects of the program. First, it would eliminate the IRIS ( I Respect, I Self-direct) program, which allows participants to self-manage their own budget for their care, providing the widest latitude to create an individual program within a budget. Second, it would replace the Managed Care Organizations that operate in various districts to run the program. It would restrict participation in Family Care only to those MCOS that can operate on a statewide basis. This is NONE of the current MCOs. To operate statewide, an MCO would have to have significant capital, the kind that only large insurance programs have.Third, it transfers oversight of the MCOs to the Office of the Commissioner of Insurance instead of the Division of Health Services. Fourth, it provides a means to eliminate the current Aging and Disability Resource Centers that provide help on a local basis to seniors and disabled individuals, by allowing this service to be contracted out. There are numerous other changes proposed that are too many to go into here.

You might ask, why the changes? Well, when you are Scott Walker, why not? He must have a good reason. Like, providing big business for out of state insurance companies and putting Wisconsin MCOs out of business. Reducing the size of government by eliminating the ADRCs. Or something like that. But definitely not improving services for elderly and disabled people. That is nowhere in this equation, or else he would have had them at the table in making the decision.
Posted by Sean Cranley at 9:13 AM No comments: If you can be there, BE THERE!
If you can call your Representatives, CALL!

Budgets are moral documents since they reflect the priorities and values of those who draft and impose them. Yes, regrettably I must now use the word "impose" in the Wisconsin under the Great Divider and Gerrymandered Republicon Rule. But Scott Walker's budget proposal was crafted with one person in mind, Scott Walker with his fantasy tilting at presidential windmills.

WWWalker has placed even the radical Republicon Middlemen in our state legislature in a very difficult position with his selfish budget priorities which have NOTHING to do with the priorities of the people of Wisconsin who he hopes to abandon next year. I believe many of our so-called "Representatives" are quietly angry with the Gubnah for not consulting them and putting them in the position of defending this deeply selfish and immoral budget, but they barely dare speak of it for they are the party of Lock-Step Fealty. However, if they get enough push back from the people who will be here long after Walker, they may start to fear for their futures as career politicians and modify the dastardliness of this budget mess!

Budget Bottom Line: Wrong Way Walker created this $2.2B deficit with tax breaks in previous budgets for the wealthy that failed (as always) to spur the economy as advertised and now he's Whacking Wisconsin's Seniors, Students, Scientists, the Disabled, Workers, Parks, Citizen Boards, Healthcare and Our Environment to fix the problem he conveniently and intentionally created.

WWWalker is putting Wisconsin's Heritage and Values on his Chopping Block because he's not a bold leader, he's the Great Divider, he's not a Good Governor, he's a Bad Butcher!
Posted by Sean Cranley at 7:05 AM No comments:

Does the Anti-Labor Taft-Hartley Act Violate the 1st Amendment? 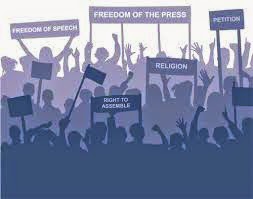 If Republicons realyy believed in Freedom and Choice as they proclaim they would work to repeal Taft-Hartley. But of course they only believe only in money, power and the MEtocray! Repealing the Republicon Anti-Labor Taft-Hartley Act would be a tall order anytime as it would surely be blocked by the GOPstructionist filibastards in the Senate. But could it be challenged on it's Constitutionality, specifically the First Amendment right to assemble?

First Amendment: Congress shall make no law respecting an establishment of religion, or prohibiting the free exercise thereof; or abridging the freedom of speech, or of the press; or the right of the people peaceably to assemble, and to petition the Government for a redress of grievances.

Surely I'm not the first person to think of this, but a quick search on the Googles did not yield any results for court challenges on these grounds. Taft-Hartley requires that the benefits bargained for by a Union are also applied to those workers who refuse to join the union. It further requires that the Union represent non-union workers if they have grievances such as a wrongful termination and if the non-union employee loses the case he/she can sue the Union for not representing them effectively. In other words, the members of the union are Forced to Associate with those who've refused to reciprocate by associating with (joining) the union. That's absurd! UNFAIR!

I'm certainly not a legal scholar, but it would seem to me that if an individual has a constitutional/legal right to not join an organization. Then the opposite should be the case as well, the members of such organizations should not have to be forced to associate/assemble with those who refuse to join. It's Only Fair. What other organization is held to the ridiculous standard? If I refuse to join a gym can I demand to used the facilities? Of course NOT! No Free-Riders. It's time to challenge this law in Court!

Getting rid of the freeloaders and their undo rights under TH would take a lot of the teeth out of RTW4Le$$ laws that have nothing to do with promoting Freedom. Their purpose is to undermine the incentives to join a union, ultimately weaken them and lower pay, benefits and worker protections on behalf of the Rulers, their Corporate Sponsors. You want the benefits of union membership, join! If not you get squat!

The Right to Assemble and Freedom of Association are used interchangeably and considered a fundamental right shared by all modern democracies.

EXCERPT 1 from http://en.wikipedia.org/wiki/Freedom_of_association: While the United States Constitution's First Amendment identifies the rights to assemble and to petition the government, the text of the First Amendment does not make specific mention of a right to association. Nevertheless, the United States Supreme Court held in NAACP v. Alabama that the freedom of association is an essential part of the Freedom of Speech because, in many cases, people can engage in effective speech only when they join with others.

EXCERPT 2: The organization of labor was commonly resisted during the 19th century, with even relatively liberal countries such as the United Kingdom banning it for various periods (in the UK's case, between 1820 and 1824).[6]

Oh and by the way, this article demonstrates why two of the supposed pillars of the GOPster Right-to-Work for Less laws, specifically that non-union members in non-RTW4Le$$ are forced to pay union dues and that that their money in used to support political causes they may not agree with, are just plain LIES!

I am not now, nor have I ever been a union member, I don't work in that type of field. But I recognize the value of unions to healthy and equitable society, the common good and the general welfare. Unfortunately, so do our overlords.

Scott Walker to Eliminate Freedom & Choice for the Disabled 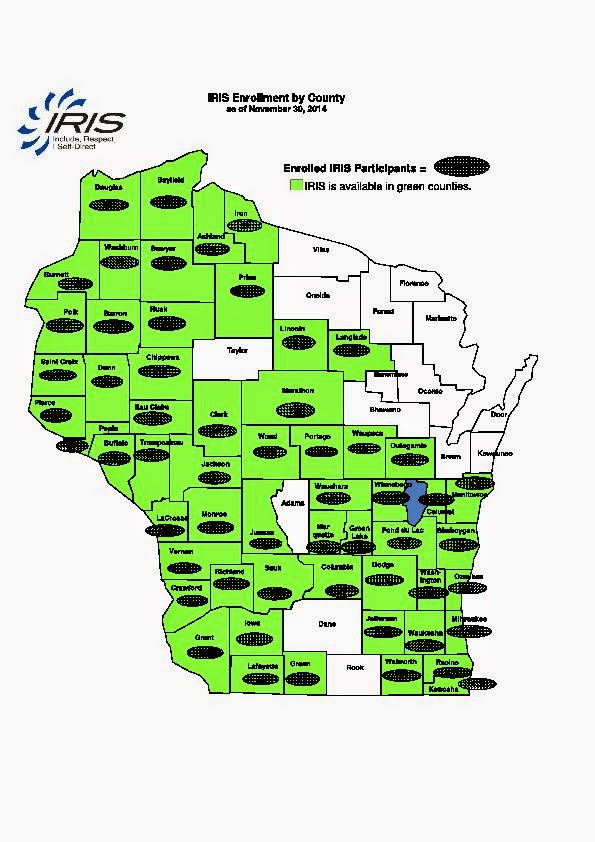 In his disaster of a budget Gubnah Scott Walker moved to eliminate IRIS! No, not ISIS, that would require Wrong Way Walker to know where Syria is. IRIS is a state program that provides support for nearly 16,000 developmentally disabled, physically disabled or frail elderly citizens of The Badgered State who are financially eligible and have long-term care needs, helping them remain in the community and avoid institutionalization. Under the IRIS program these people get to manage their own care. They get to set their own priorities with the amount of funding they are provided. They get to hire, train and fire their own care providers, people that may perform personal care and hygiene services, cooking, cleaning, nursing. This gives them the freedom and choice (things the Republicons purport to believe in) to manage their own lives.

Under the budget, IRIS will be eliminated and people all over the state are in a panic because they depend on these services to keep them out of much more expensive institutions like nursing homes and no one seems to know exactly what will replace IRIS. It appears that the replacement program may use a managed care model, you know like an HMO and that insurance companies may be put in charge. That means the these neighbors of ours will lose their freedom to chose and direct their lives as those decisions will be made by others like case managers and bean counters. They may not be able to continue to see the doctors that they have chosen and worked with for years. Furthermore the people in our state who are working to provide these services to the disabled will lose their jobs.

Scott Walker's budget is horrible for Wisconsin and it's citizens and the elimination of IRIS is just one of the many reasons why!

Your opportunity to give your Gerrymandered "Representatives" Vos and Wanggaard an earful is coming.