Just a reminder why we ALL need to vote by Tuesday.

“Extremism in the pursuit of liberty is no vice.” So said the father of the conservative movement, Barry Goldwater before losing to JFK in 1964. It wasn’t true then and it isn’t true now. Extremism is a vice no matter how you slice it and even Goldwater would be shocked by the off-the-scale positions of his ideological progeny the teabaggers and the rest of the right-wing reactionaries currently all the rage. Heck this crowd would call Reagan a RINO and throw him under the bus!

Their thugs are using handcuffs on journalists and stomping on people’s heads for crying out loud! And that’s not the half of it. Is this what we’re coming to? Are these our values? Are these our leaders!? Is this what they call liberty? These people don’t have any ideas or solutions, only misdirected blind rage, a match and a can of gasoline.

The media is all-abuzz about an “enthusiasm gap” in this election. It’s all the herd can talk about on every channel between oilygarch financed 30 second rovian-gandabytes, designed to suppress and mislead voters. Well if there’s a gap in enthusiasm on the progressive side for going into the streets and town halls as an angry mob, shouting people down, carrying offensive signs, ranting about absurd conspiracies and pushing bizarre extremist positions, then I suppose they’re right. But if they’re referring to our enthusiasm to get out and vote for upstanding progressives like Senator Russ Feingold and preventing a corporatist sponsored wingnut takeover, they’re a class of chattering asses!

A lot of us have been a bit disappointed by the pace and degree of progress that can be made in Washington. But really, a lot of good things have been accomplished despite unrelenting GOPstructionism. Progress and sanity beats brut regression and reaction any day of the week. Tuesday I’ll be at the only poll that matters at 7:00 AM sharp, bursting with enthusiasm and I hope you and your friends and family will join me in voting our progressive values and stuffing extremism back in the bag!

Hey there Wisconsin: In less than 10 minutes you can vote NOW!

Hey there Wisconsin: In less than 10 minutes you can vote NOW!
Posted by Bryan M at 8:58 AM No comments:

Liberalism, It's Where We're Going

Of course liberalism, it's not the problem, it's the solution. All human behaviour is explainable in context of our evolution. It's how we've evolved to live together very successfully as social animals in complex societies. To find that there are genes involved in this is predictable and hardly surprising.

Since liberalism is based on the higher human brain functions of empathy (concern for other individuals) and altruism (concern for the community) that have evolved to allow us the great evolutionary success we've had, I'd say the golden rule that has evolved out of these traits has started to serve us well. And since these are the traits that have the chance of allowing us to live together as a community of humans and preserve the planet, I'd say we're on the right track. With hope, we'll get there before our technology combined with our darker traits of individual and tribal greed and fear bring that evolution to an end.

It's also interesting to note that the expression of this gene is linked to healthy socialization in adolescence, reflected by having a lot of friends which tends to come from having empathy for others and getting along well in group. Thanks Real Debased Wisconsin for bringing this issue to the fore!
Posted by Sean Cranley at 9:31 AM No comments:

Turn off the Hate. Get out the Vote. Tell the Truth.

And a video telling the truth about the economy.

And an article telling the truth the TEA Party doesn't seem to want to know (Eight False Things...), and their corporate masters certainly don't want you to know.

Christine O'Donnell typifies the ignorance of the Teabagger movement as mirror image of Sarah Palincomparison when asked to name a supreme court ruling she objected to. Her response; "Could you give me a specific case?" America, help is on the way to take our country backwards!
This is fricken scarelarious! http://www.colbertnation.com/the-colbert-report-videos/362219/october-14-2010/transitive-property-of-christine-o-donnell
Posted by Sean Cranley at 5:55 AM 7 comments:

Byron Williams engaged in a shootout with California police in July where amazingly no one was killed. Turns out he was heavily armed and armoured and on his way to murder 11 people at the Tides Foundation and the ACLU in retaliation for the gulf oil disaster which was a conspiracy by Goerge Soros, Obama, Tides, a Brazilian oil company, etc. etc. At least that's what he was lead to believe by Fux Snooze's Glenn Beck, the aptly named Michael Savage and Alex Jones: http://mediamatters.org/research/201010110002
Posted by Sean Cranley at 7:00 AM 1 comment:

The largest attack campaign against Democrats this fall is being waged by the U.S. Chamber of Commerce, a trade association organized as a 501(c)(6) that can raise and spend unlimited funds without ever disclosing any of its donors. The Chamber has promised to spend an unprecedented $75 million to defeat candidates like Jack Conway, Sen. Barbara Boxer (D-CA), Jerry Brown, Rep. Joe Sestak (D-PA), and Rep. Tom Perriello (D-VA). As of Sept. 15th, the Chamber had aired more than 8,000 ads on behalf of GOP Senate candidates alone, according to a study from the Wesleyan Media Project. The Chamber’s spending has dwarfed every other issue group and most political party candidate committee spending. A ThinkProgress investigation has found that the Chamber funds its political attack campaign out of its general account, which solicits foreign funding. And while the Chamber will likely assert it has internal controls, foreign money is fungible, permitting the Chamber to run its unprecedented attack campaign. According to legal experts consulted by ThinkProgress, the Chamber is likely skirting longstanding campaign finance law that bans the involvement of foreign corporations in American elections.

America and its democracy are being sold by the GOPsters to the highest bidders foreign and domestic and there is ZERO transparency.
Posted by Sean Cranley at 12:24 PM 17 comments:

Labels: Democracy My A$$

White America Has Lost its Mind 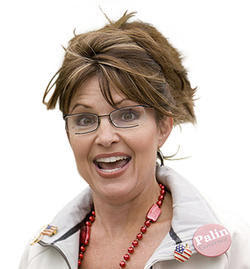