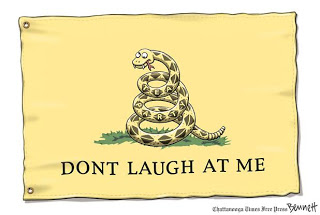 There are number of arguments that you'll hear repeated repeatedly by the indoctrinants of the Cult of Con. I say repeated, because you'll hear them so often from different Cons in different places that you know they didn't think them up themselves. Rather they were inculcated with them by their ideological minders. Yet they'll obediently drool them out when the subject arrises like Pavlov's dogs and then wag their tails like they're such clever boys. "Look what I did, look what I did!"

And you know they got it from the GOPropagandists on FuxSnooze, Wingnut Radio or the ContraWebs, because they are not capable of coming up with these types of somewhat clever excursions around the truth on their own. They don't possess the type of creative or critical thinking skills necessary. And the proof is in the pudding!

Because the ease with which one can can expose the gapping logical flaws in these arguments makes it more than obvious that the rote repeater did not or could not give the matter any real Conserious Sideration.

I can think of two of these so called "arguments" off the top of my head, yet there are surely dozens of them.

1) The first one you hear all the time is how our urban centers have are perenially run by Democrats and they have certain problems, unemployment, poverty, crime, etc. The Correlation is Causation mistake that is unquestioningly accepted by the Cult of Con indoctrinant and that you're supposed to unthinkly nod your head to as well, is that these adverse conditions are caused by the local government and that it's the fault of the Democrats in charge.

The truth of course is that the conditions in question are the result of non-governmental as well as national governmental forces like White Flight, Segregation, Racism (subtle and overt), Lack of Good Jobs and Economic Opportunities, redlining, racial exclusion from the GI Bill and federal loan assistance, etc. And of course the question of why on earth urban minorities would ever vote for a Republicon Party whose attitudes and policies are completely at odds with their own self-interests, never even crosses the "minds" of these regurgitators.

2)  Another common logical sieve spouted forth by the inculcated is the notion that reasonable gun control measures on a national level couldn't work, because Connecticutt, Chicago (pick your city or state) has strict gun control laws and yet just look at the gun violence there.

Here we see the gross logical apples and oranges error of comparing a city or state, with no control whatsoever of who or what crosses it's borders, with a nation state that not only has customs and immigration controls, but also the ability to regulate what is manufactured within it's borders. Like Machine Guns. None of those abilities apply to local political entities and yet the wingnut can't see for a moment the utter destruction coming their way, by presenting such a flawed, prefab argument to a liberal in possession of critical thinking skills.

And so they get crushed. And then they're hurt and either run away with their tales between their legs or start name calling. And who do they blame for their failure? Why the liberal of course. Because it couldn't possibly be the masters of propaganda that feed their fears, stroke their egos and fill their brains with such lies and mush in the first place!

Yes, it's fricken funny, yes it's entertaining, but in the end it's also really quite sad. Wake up Cons, you're being manipulated! 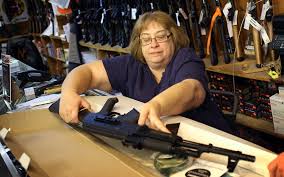 As we've seen repeatedly, anybody with Ill-Will and a Trigger Finger is a potential threat for Mayhem in Merica using the Weapons of Mass Murder that are available legally at your local hardware store.

This would-be Gunman could have done all the damage he desired with the semi-automatic military assualt weapons that the Bloody NRA has flooded our country with for the fun and profit of their corporate sponsors. But thankfully he was too stupid to figure that out. Will we be lucky enough for the next mass murderer to be equally foolish?

The reason that the plan of the Ill-Willed Idiot arrested yesterday for plotting mass murder failed was because he tried to buy machine guns. Machine guns have been the subject of gun control in America since the 1930's. They are illegal to own without a very restrictive and hard to obtain federal permit. he broke the law when he attempted to buy them on the black market and without the requisite permit. And THAT is what got him arrested and off our streets, proving that reasonable Gun Control WORKS!
Posted by Sean Cranley at 8:06 AM No comments:


A new video production of my song Black Friday Stomp by my Cousin Aldo Amantea. Only 341 days left until Christmas. Quickly pilgrims to the temples of consumption, the planet can't take much more, but the One Percents are counting on your glutony, those way at the top and those way at the bottom!
Posted by Sean Cranley at 8:09 PM No comments:

I just found out the other day that my cousin Aldo Amantea produces his own videos and posts them on his facebook page, Check them Out!

He just found out the same day that I make videos of my own songs and post on YouTube. And I woke up the very next morning to this very cool version of my Badgered State Blues with Aldoistic edits and enhancements. Thanks Cuz!


Posted by Sean Cranley at 6:09 AM No comments: