Okay, I appreciate the insider corroboration of all the Bat Craze Shittiness that is the Trump presidency. But this anonymous NYT Op Ed thing is STUPID on so many levels!
A) Why would you alert the Toddler Trump that there are "Adults in the room" foiling his impulsiveness? His narcissistic paranoia will now result in the purging of all said adults who've been putting the brakes on his crazy train!
B) Why would you think that invoking the 25th amendment would cause a constitutional crisis? The 25th Amendment IS The Constitution!
C) You know what IS a Constitutional Crisis? Subordinates not carrying out the president's orders!
D) Trumpy's already nutty nutty two shoes! Do you really want to send him flipping completely over the edge with the nuke football in reach! Seriously what do you thing the Trumpladyte cares about more himself or the planet?
E) All you so called principled people who have resigned or are staying on to pad his room have totally abdicated your responsibility to tell congress and the American people the whole truth about what's going on in OUR house and why you chose to quietly resign or chose to stay and secretly defy executive authority so that we could Constitutionally Impeach his @$$ouliness!
Oh and by the way, fuck your so called "bright spots" of "effective deregulation, historic tax reform and a more robust military", none of us riffraff out here get any benefit from the repetition of all that Elitist Enriching Cult of Con Fucking Nonsense!
Peasantly yours,
CorpSerf SOC-IMNFD1-ONURFD2
Posted by Sean Cranley at 7:49 PM 2 comments:

How much an idiot does one have to be to buy the Trumpladyte's HELLSINKY "Was/Wasn't" bullshit in context of the public/private hours he spent licking Putin Poisonov's balls?

IS there a more bald faced LIE in the history of American Presidents?

I don't even know what to say anymore and it doesn't even matter because the diarrhea never ceases and there's nothing to be done about!

Bushyboy was fucking awful, but the awful stupid shit oozed out every few days or so. We're down to every few hours now!

I blame, in part, Wrong Way Walker and the Badgered State Corrupticons. They came up with this Blitzkrieg assault on decency and democracy. Do so much damage so fast that the public and the opposition start reacting to one atrocity and before that gets rolling, there's another one and another one and . . . then they don't even know what to . . . wait a minute . . . what happened exactly?

Am I giving the Trumpladyte too much credit? Probably, after all he IS a Fucking Moron! Not there's anything wrong with that!

FUCKING REPUBLICON TRAITORS TO THE REPUBLIC!
Posted by Sean Cranley at 5:34 AM 1 comment:

Pall gets More Family Time - We get LESS!

My Wife was just forced to full time at work because of Pall Ryand and the rest of his @$$oul pals and their incessant attack on our healthcare. So she lost her day off. The day off that she used to help her Mother, that she could have used to help my Mother, the day she might have taken care of a future grandchild, the day she did things for our Family and for herself. This is a concrete and highly negative impact to our family from Pall and the "Family Value$ Folk$"! And we're just one among Millions.
Why was she FORCED to do this? To put me on her employer's healthcare plan. Because in Republicon America we must be shackled to our master's plans for our health and retirement, if it's offered at all. The extra money will be slightly nice, but as a social worker, my Wife doesn't make that much anyway, because working to help people is not a valued endeavor in America, so it's definitely not worth the loss of family time, especially because it will eat into my work time, which is most of our income. This is already adding stress to our lives, and her having to pay this price for my healthcare is naturally raising marital tensions. But hey "Family Value$"!
Obamacare (ACA) has been a good option for us. Two of my children and I went on Obamacare (ACA) in 2013 when my former employer eliminated health insurance. Obamacare was cheaper and better anyway and I was able to continue working there, which was my preference, rather than changing jobs just for insurance.
Now I've been able to be self-employed for 2.5 years because of Obamacare, but apparently that type of enterprise isn't of sufficient value to the GOPsters for them to come up with a a viable solution to healthcare in this country. On the contrary, these racists have been hell bent on destroying this healthcare option for millions of Americans that was first implemented by MA. Gov. Mitt Romney and was hatched by the conservative Heritage Foundation. Never mind that, the Black, Indo-Kenyan, Secret Muslim did it and so it must be eliminated despite the collateral damage to millions of Americans.
So we can't be secure in the idea that Obamacare will be there for me next year (even though just as many people signed up this year as last despite the Trumpadyte's efforts). Hence my wife having to sacrifice her time for my physical health and our financial well being while the opportunity existed.
So while Pall Ryand will be spending MORE time with his Family, WE will be spending LESS with ours. Thank you very fucking much you piece of Crap!
Now go cash in on your many @$$oul connections Pall, while we continue to struggle and adjust and hope we can keep our heads above water long enough to get to retirement age in the coming decade or so. Think of all the $300 bottles of wine in your future now! At least you won't be around to fuck that up too, you Debt Piling, Wealth Worshiping Idolator!
Posted by Sean Cranley at 5:33 AM No comments: 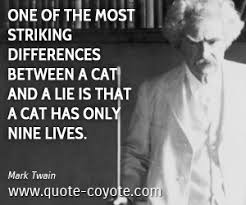