Scot Ross of One Wisconsin Now tells it brilliantly.  We need to keep opposing this.

Dear Friend:
Many of you have written to me in response to my email yesterday about the voter ID bill. Some of you were very enthusiastic in your support of our efforts to fight back against this assault on our voting rights. But others of you had questions about the bill, and wondered why we oppose requiring qualified voters to show an ID at the polls. "You have to show an ID to rent a video, why not to vote?" someone asked. "With all the voter fraud out there, I think voter ID is a good idea," another person wrote.
I want to address these questions and fully explain why this bill is wrong for Wisconsin.
First of all, the right to vote is guaranteed to citizens of Wisconsin in our state constitution. The right to rent a movie, open a checking account, go to the bar, get on an airplane or any other similar activity is not, and requiring an ID for these types of activities is not a barrier to exercising a constitutionally-protect right. Voter ID is fundamentally different.

There is absolutely no evidence of a widespread conspiracy to commit voter fraud.Wisconsin's Republican Attorney General JB Van Hollen has made prosecuting so-called voter fraud one of his top priorities. However, after a two year investigation into the 2008 election, Van Hollen has found a scant 11 potentially improper ballots out of nearly 3 million total votes cast. Of those, eight involved felons who voted while out in the community on probation or parole, a situation that voter ID would not remedy. That leaves 3 potentially bad votes out of 3,000,000 votes, or about 0.000001% of all votes cast. Voter ID is a solution in search of a problem.
The bill's authors, Republican Rep. Jeff Stone and Sen. Joe Leibham, have modeled their bill after Indiana's Voter ID law, which was upheld by the U.S. Supreme Court. According to the Supreme Court case upholding Indiana’s Voter ID bill, the lower court found “99 percent of Indiana’s voting age population already possesses the necessary photo identification to vote under the requirements.”

[Driver License Status of the Voting Age Population in Wisconsin, 6/05]

Yes, the bill as written does have a provision to provide free identification for some Wisconsinites. Each and every one of these people would have to take the time off (in many cases unpaid) from work or family obligations to flock to Wisconsin DMVs. However, access to the DMV is a problem in Wisconsin; Indiana provides its residents exponentially more access to its Department of Motor Vehicles offices to obtain identification.
Wisconsin and Indiana have similar voting age populations (4.35 million vs. 4,8 million), but Wisconsin is 50 percent larger geographically than Indiana (54,314 sq. miles vs. 35,870 sq. miles). Indiana not only provides its residents 50 percent more DMV offices than Wisconsin (140 to 91), but also nearly three times the total hours these facilities are open.
Also consider:

The need to expand the numbers and operational hours of Wisconsin DMVs to provide appropriate access could increase the $70 million biennial Wisconsin DMV budget by as much as 50 percent on top of the current $5 million price tag to provide free identifications.
Requiring eligible voters to produce ID at the polls is an unnecessary hurdle to exercising our right to vote which will prevent many people from voting. The "widespread voter fraud" that this bill is aimed at "fixing" does not exist, and the microscopic number of double votes will be FAR outpaced by the number of people who will be prevented from voting by the voter ID requirement. In a time when Wisconsin faces a $3 billion budget deficit, we simply cannot afford to double the DMV budget. Voter ID is a big-government, budget-busting solution in search of a problem; a solution that will make it more difficult to practice our most fundamental right.
That is why we oppose voter ID. I hope this email helps to answer your questions about this bill. If you're ready to join this fight, please sign up for our Voter Protection Task Force to push back against this assault on our democratic rights.
Sorry for the long email, but thank you, as always, for everything you do.
Scot
One Wisconsin Now
Posted by Stephen D. Sullivan at 9:41 AM 2 comments:

House Teabaggers step in it AND scenes from Arrested Development (one of the best shows ever) BONUS!
Posted by Sean Cranley at 8:09 PM 1 comment:

Wanker will address the annual meeting of the Racine County Economic Development Corporation tomorrow, Tuesday May 24th. This event was free and open to the public until Gubnah decided to come and they put in place a $25 registration fee to discourage undesirable members of the public.

Make the anger he's generated in only 5 short months plain to see and hear! Meet at 4pm at Case High School.
Posted by Sean Cranley at 8:49 AM No comments: 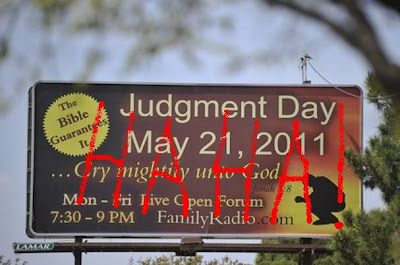 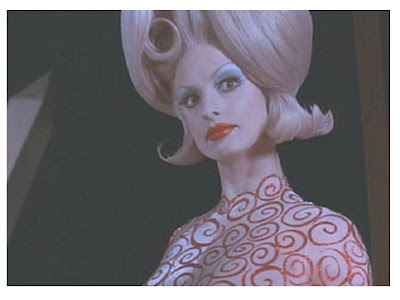 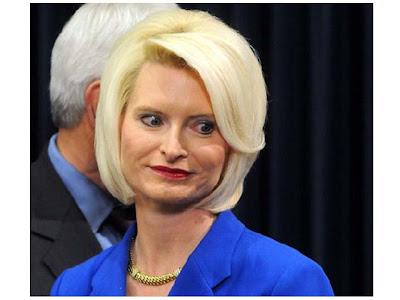 Once foiled by Slim Whitman's yodal, this savy and persistant martian (Mrs Newt) has found a new avenue to take control of the whitehouse!
Posted by Sean Cranley at 8:05 AM No comments:

On my way up to Kimberly yesterday, just a bit north of Milwaukee I saw a teabagger with his pickemup truck towing his fancy boat. On the back window of his cap he had a sign that sad "Don't blame me, I voted for the white guy."

But I actually have to, in a way, commend this Asshole for clearly and succinctly demonstrating the source of his assholery, he's a racist. Now if you're a fucking racist scumbag, why hide it? If those are your beliefs stand by them and proclaim them! Don't be shy. Don't have a hidden agenda. Don't pretend that you hate the president because of some policy or position he's taken that you disagree with. Don't worry about what other people think, what's socially acceptable, be yourself.

Shave Your God Damn head!
Get yourself a pair of clodhoppers!
Grow a funny little mustache just under you nose!

PS, I also saw another one of those billboards proclaiming the end of the world this Saturday coming back on Hwy 41. Our cornucopia is spilling over with nuts. I can't wait till Sunday.
Posted by Sean Cranley at 6:31 AM 1 comment:

Labels: Don't Blame Him He Voted For The White Guy

A connected friend just called and told me that Kloppenburg's people need recount watchers in WAUKESHA County (where else could it be more important?) this Wednesday, Thursday, and Friday from 8-5.

If you have free time those days and times, you can call their scheduling line and sign up for a shift:
(608) 206-9452
If that doesn't work, they were previously advising people to call the campaign office.
608-218-1203
The numbers may not be staffed at all times, so be patient.
Connected friend said that Joanne is currently ahead, though she doesn't expect that to last.
Word is that some of the ballot boxes have come in unsealed and in other bad conditions.
So, it's vitally important that we keep an eye on the county folk that caused this cock-up in the first place.
Please Volunteer!
Posted by Stephen D. Sullivan at 5:58 PM No comments:

The End is this Saturday!

That's what a lot of the fundies are saying: http://judgementday2011.com/may-21-judgement-day/

I heard about this on NPR and I even saw a big billboard put up by Relevant Radio, proclaiming May 21st 2011 as Judgment Day on I-43 coming back from Green Bay this Saturday. People are quiting their jobs, spending their savings in the certainty that this is it and they'll be raptured at the end of the week.

If I had any idea how to do it, I'd organize a flash mob in reverse, a flash rapture if you will. If we could get thousands of people to just disappear from where their supposed to be and leave a little pile of cloths and shoes. Just think about when these folks start hearing reports of people vanishing and they're still here, left behind to face the tribulation. What FUN!
Posted by Sean Cranley at 6:01 AM 1 comment:

Where did the debt come from? The Post & Bloomberg know.

A really good article about where the National Debt (see clock at left) comes from?

The simple answer: tax cuts and unpaid for spending -- including wars.  And you'll never guess who's responsible for most of it...

Okay, probably you will guess -- but Tea Baggers and Republicans won't.
Posted by Stephen D. Sullivan at 9:42 PM 4 comments: