Black Lives Matter - Not about your Ancestors, but the Here & Now! 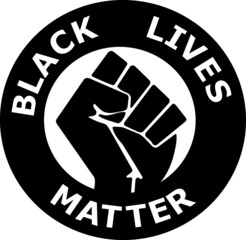 I keep seeing the "I/my ancestors didn't own any slaves and you can’t fix history" argument in response to Black Lives Matter, so I feel like I have to say something because I find it to be a completely bogus and disingenuous line of reasoning.

First of all, while history is important for sure BLM is about what’s happening and keeps happening right now. This sort of “reasoning” also seeks to ignore many of the reasons for the problem of racial injustice we still face today and to falsely absolve people of their responsibility to be part of the solution. It's really not just about what you or I or our families did or didn't do. That's a self-centered perspective.
It IS about what OUR government legally sanctioned in the past, what's still tolerated now and the ongoing problems that persists today because of that history and because of current on-going conditions.
The end of slavery was in 1865, 155 years ago and was followed by the LEGAL Jim Crow era of disenfranchisement, segregation and lynching that sort of, but not really, ended in the 1960s with the civil rights and voting rights act, which was just gutted by the so-called conservative Judicial Hacktivists on the U.S. Extreme Court.
Racism is still alive and well in the brains of too many Americans and the effects of that and 400 years of oppression still strongly impact the lives of every black American alive today through the wealth gap, the achievement/opportunity gap and in the fact that they have to repeatedly have "The Talk" with their children, especially their boys about how to be very careful in public to avoid being abused or killed by police. Which just keeps happening anyway. It's an outrage!
One metric I heard several years ago and which is probably worse now after the great Recession and Covid 19, both of which disproportionately impacted minorities, is the net worth of American women. The average net worth of a white woman is over $40K. For Hispanic women, it's $1 and for black women it's ZERO. That's no accident, that is the result of government policy, OUR government. Through red lining, black were relegated to certain neighborhoods, largely in old parts of inner cities. Because they could not get home equity loans, they had great difficulty upgrading and maintaining their houses, which fell into disrepair and lost value. Covenants went with houses forbidding white owners to sell to blacks. How's that for Freedom? You couldn't sell the house You OWNED to who you wanted to and they couldn’t buy it! Blacks were excluded from social Security when it first came out.
A lot of black soldiers served overseas to defeat fascism in WWII (only to see it rise today at home). And did they get the benefits of the GI Bill? NOPE! While their white fellow veterans got the benefits to go to college and buy houses in suburbs, building inter-generational wealth and the middle class, black Vets weren't eligible. So instead of building equity and taking upwardly mobile jobs, they paid rent to build landlord wealth and took low skill dead end jobs.
One could literally go on and on with examples like this. History isn't past, we live with it every day. The gist is that our government and our society did these things, the adverse effects are on-going and as citizens of a Republic (so far) we are ALL responsible for resolving these injustices. So whatever your ancestors did or didn’t do, you don’t need to feel guilty or absolved. It wouldn’t do a bit of good anyway. What you should do that WILL do good is to stop making excuses, know the history, see the current conditions that have resulted with clear eyes and take responsibility as a citizen of our republic and demand the change that’s need once and for all, so that we can stop this endless cycle of inequality and injustice.
Posted by Sean Cranley at 9:18 AM

I agree with you wholeheartedly. Right now, it's not about correcting the past, it's making it right, right here & right now.