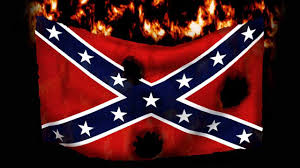 I've disdained this racist rag for along time. It especially pisses me off when I see in Wisconsin. It's time is long past.
Posted by Sean Cranley at 8:09 AM No comments:

Congratulations to ALL the loved and loving across our land!
Posted by Sean Cranley at 8:19 AM No comments:

Invest In Education, Not Prisoners

Gov. Scott Walker's 2015-'17 budget has proposed significant cuts to the University of Wisconsin System and K-12 public education while recommending $1.25 billion annually to the Department of Corrections.

Wisconsin's total number of prisoners - more than 22,000 - remains twice as high as the total incarcerated in Minnesota. Wisconsin's cost per prisoner is $52,833 per year.

This is in sharp contrast to educating a student at UW-Madison for approximately $20,000 per year including tuition, housing and meals.

Recently, the Legislature's Joint Finance Committee approved an additional $5 million to expand the state's prison population by 500 inmates over the next two years.

We need to drastically lower the prison population, not increase it. This is a bipartisan issue and even conservative Grover Norquist has recommended reforms to reduce prison costs.

One organization that has been leading the effort for prison reform in Wisconsin is WISDOM. This group consists of representatives from more than 160 congregations of 19 different religious traditions throughout the state.

WISDOM recommends treatment instead of incarceration for nonviolent offenders. We need the legislature and Department of Corrections administration to take the steps necessary to begin a comprehensive overhaul of our prison system.

Citizens should take action and contact Walker and their respective legislative members to work toward reform in Wisconsin's prisons.


Burlington
Posted by Sean Cranley at 3:18 PM No comments: 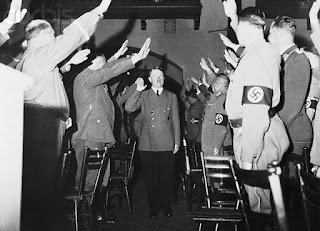 Don't look now, but the Republicons just took over the UW system through Wrong Way Walker appointments and now the removal of tenure. The Koch Ho educational and research agenda will now unfold. Those not on board with the New Wiscossippi Idea will be shown the door.
First Commandment: Thou shalt not mention, let alone teach or research, climate change.
Second Commandment: Thou shalt not sift, neither shall thee winnow.
Third Commandment: The border of the university shall be determined by the corporate board room

Posted by Sean Cranley at 12:57 PM No comments: