Do We Need an Australian Immigrant Ban? 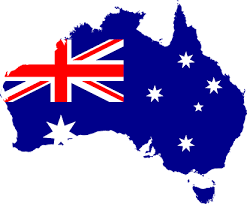 Do we need an Australian Immigrant Ban?
Yesterday an Aussie white supremacist pig committed the worst act terrorism in New Zealand's history, killing 49 Muslims who gathered to pray! And who is the immigrant who has done the most damage our democracy here in America? Rupert the Murdoch, another Australian Immigrant!
Mere coincidence? Well yeah. It's really just a segway.
The Murdoch didn't use a gun, he used his wealth as a weapon against Our Republic. He bought his U.S. Citizenship for $100,000 from the Reagan administration. Who turned around and eliminated the broadcasting fairness doctrine, which allowed Rupert the Murdoch to start the GOPropaganda cable network FuxSnooze.
And look at the pathetic state our country now. Swaths of the populace are hateful and ignorant enough to think that the racist dork, Trumplestiltskin is the solution to their problems, when in fact of their ills stem from the obscene democracy killing wealth of billionaires like Five-Deferments-Donny and Rupert-the Murdoch, warping our values, our economy and our representation. And it all started with Ronny, Rupert and the FuxSnooze Ooze of propaganda, and boy do they fucking Snooze!
Wake the Fux up America, your Dream is becoming a Nightmare!
Posted by Sean Cranley at 8:48 AM 2 comments: