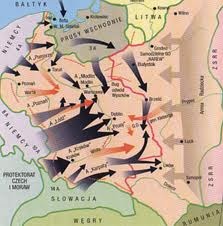 I've coined a new term, Blitzgesetz, to describe how the Republicons approach legislation now in the various states to get their pro-corporatist laws passed with minimal debate and before the public even knows whats happening. It's another arrow in their quiver to thwart democracy.

The best, but hardly the only example is the way Gubnah Walker proposed Act 10 late on a Friday afternoon and had it scheduled to go to a vote the following Thursday. The only thing that gave enough time to allow the public to grasp the plan and express their outrage at his divide and conquer scheme was the Fabulous 14 leaving the state and preventing a vote. Walker's War on Workers planners hadn't counted on this development when plotting their attack in launching their Blitzgesetz campaign.

Surprise! Now Walker flanked by his minions Vulture Vos and Albuta Darling, in an electioneering ploy have again hit the blitz with their new property tax bill. This Blitzgesetz came out of nowhere, has had zero Democratic input and is to be rushed through in a special legislative session and on to the Gubnah's desk by early next week!

Wham bam thank you man! You could save $13 this December and a whopping $20 next year. Oh, but not a cent more for Wisconsin's public schools. It's a bums rush, thanks for nothing Republicons. 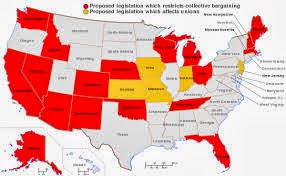 Great lamentations for our Po' land!